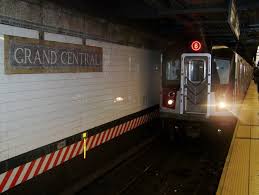 Today marks six years since I decided to blog, to try to explain to friends — and to myself — what this journey is all about.

It was before the first iPad. Obama was still new at the job. Conan O’Brien was about to become host of The Tonight Show. People watched American Idol and Simon was still one of the judges. I lived and worked in Florida as a guy named Don.

But I was struggling both physically and mentally, and a year earlier I had made my first appointment to see a gender therapist. I didn’t believe her when she told me I had “gender identity disorder,” what is now called “gender dysphoria.”

I asked and received artificial male sex hormones to try to rebalance what I suspected was the problem, but all that did was make the problem worse. My body converted all that extra testosterone into estrogen.

I was a hormonal mess.

Here I am, six years later, and I rejoice in having survived the trials and tribulations of my long transition. What started as part-time exploration with the help of a therapist eventually led me to my own truth.

This weekend, I’ll be joining dozens of other LGBT journalists and media folks for LGBT Media Journalists Convening 2015, a conference about the work we do, sponsored by the National Lesbian Gay Journalists Association and made possible through the generosity of the Evelyn and Walter Haas, Jr. fund.

It’ll be my first convention of this kind, and I am nervous about what to wear, how to style my hair, and just meeting folks. It will be great to finally put a face to all the names of folks I’ve considered colleagues and friends for so many years, and I so desperately want to make a good impression given the fact my infamy somewhat precedes me.

I can’t do anything about that, really. I am going to learn, to listen, to share ideas and to make connections. And hopefully, to have fun.

I obsess a little more about looks than others because, I’m not where I want to be weight-wise — And I know, so few women are. And because my hair is my own — I paid for it — but it’s just not the same as all the lucky folks who didn’t go bald in their 20s.

I’ve learned how to crimp, how to use a flat iron, how to tie it back and I’m picking up other tricks, too… but I don’t have that resource every natal woman I know had: a mother or friends who taught them this stuff when they were young. I do have some experience at makeup and style thanks to my rather unusual occupation as a child model and actor. But it’s not as much as I need when it comes to hair.

Mostly, I learn by trial and error; the “heat wave” we’ve enjoyed the past few days with temperatures above 40 teased me into rolling down windows while driving. Not the smartest move by someone whose long flowing locks temporarily blinded me.

But I learned a lesson.

I’ve stocked up on tiebacks and bobby pins and somewhere I have a headband. And double-sided tape is my lifesaver.

Had I thought about this a decade ago, I could have been eligible for a hair transplant, but that’s not who I was. I couldn’t care less about going bald, having long ago accepted it was my lot in life and put up with the jokes and what-have-you. I wasn’t even tempted to get a toupee or plugs or a “hair system” — which one friend told me came off at a most inopportune time, during lovemaking. Nor would I consider that “spray-on” hair that I myself witnessed run down the face of a follicly-challenged reporter live on TV during a steady downpour. It looked like he was taking a bath in brown goo.

So my wig and I will wing our way to Philadelphia on Friday the 13th (good thing I’m not superstitious), and I will be Tweeting, Instagramming and updating facebook — hashtag #LGBTMedia15 — as well as updating this blog, for it is my ticket to the big event. I hope you’ll find my updates interesting and feel free to interact with me as questions or comments arise.

And so it goes.