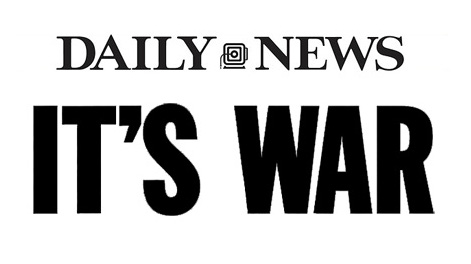 We are at war.

Don’t believe me? Post anything involving politics, race, religion or criminal justice on social media… and count to ten.

Let me state at the start, I’m no psychologist (not yet, but that is most definitely my next career, after my kids finish college). That said, I consider myself intelligent, insightful and well-educated, and willing to put forth my own analysis with the full knowledge it is informed opinion, and not fact; I stand ready to receive criticism, commentary and challenges to my thinking.

And my thoughts of late are WHAT THE HELL IS GOING ON?!?

In just seven months, I count 14 incidents: mass shootings, murders of police officers, police-involved deadly shootings and mass killings by terrorists and military clashes around the world. Here’s the toll since January:

That’s at least 93 dead here in the U.S., 462 overseas, a total of 555 lives lost. The last seven of those incidents above happened all in the space of the last two weeks, and the massacre in Orlando was just a little over one month ago.

Amid all that bloodshed, we live in a world that is more divided than ever before. Isolationism is catching fire around the globe. The U.K. voted to quit the European Union, the leading Republican candidate for president in the U.S. wants to build a wall on our border with Mexico and put a halt to legal immigration by those of the Muslim faith, the Black Lives Matter movement is marching for social justice, police officers nationwide are under fire, literally, and those opposed to transgender rights have encouraged followers to oppress, restrict and even shoot to kill anyone who dares to use a bathroom matching their gender identity.

Posting an opinion online is equivalent to lighting a firecracker in your hand: no matter how great an idea you think it is to do it, be aware: you’re likely to wind up hurt.

And the question I see most often asked is, “why?” Why are we like this? What is behind this spate of rudeness, disrespect, hatred, divisiveness, violence, murder?

We humans have had differences of opinion since Adam and Eve, since the first Cro Magnon man beat the shit out of the second Cro Magnon man, since Ren fought Stimpy.

The late Rodney King, the man whose beating by police was caught on video, said it best:

So it’s not new:  we don’t get along. Too many of us don’t play well together.

I believe there is no one cause, or one person to blame, but in the background of all of this divisiveness is the rising empowerment via technology of fringe or alternate opinions, outside the mainstream, which has fueled a new, unrestricted mindset. We are connected in a way with the rest of the planet that gives everyone with access to the internet an opportunity to speak our mind, no matter how arcane or antiestablishment our views are. 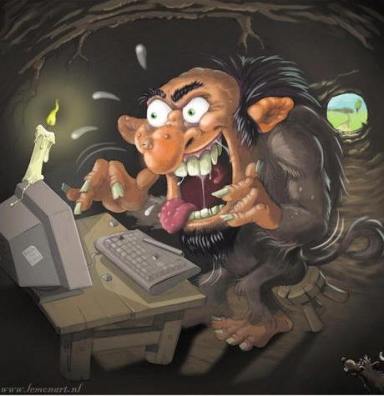 I see the seed in this development in the evolution of the internet troll. He or she is afforded total anonymity with which they can speak from a virtual soapbox. They are attracted to cultural icons who boast, berate and bellow via reality television, who win kudos for being rude and “speaking their mind.” I think a significant segment of our society has decided it’s okay, even better, to be divisive. Perhaps, they consider finding compromise a sign of weakness: better to “stand your ground” against “others” unlike “us.”

The “others” are not just strange or different, they are dangerous. They must be stopped. They must be defriended, denounced, denied rights, and ultimately, denied life. The world is not big enough for “others.” Their existence threatens my own, goes the thinking.

It’s reminiscent to me of survivalist mentality, as if an entire population of our nation has decided we are at war. And so we are.

The Nice, Baghdad and Turkey incidents may seem unrelated to this mindset, but to my mind, there is a connection: terrorists commit mass murder to advance a cause against “others,” military juntas overthrow governments because they see their leaders as representing views other than their own.

And Brexit was a democratic, non-violent reaction to that same principle. How far will we, as Americans, go? 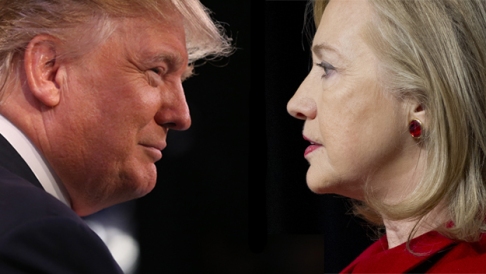 Will our next leader pull us out of the United Nations? Will our economy suffer because of whom we elected? Will we shutter our borders to certain foreigners who are deemed “too foreign?” Will we become the Earth’s policeman and go to war in Syria, with Korea, or China? Will a new record for low turnout be set, tainting our next presidential election, given the negative opinions we have of our leading candidates? How will whoever wins govern a country that stays home on Election Day out of disgust for the choices available?

How can any man or woman heal the rift that is now wider than at any point since our civil war? My friend Jennifer Finney Boylan — professor, writer, author, mentor and oh, she happens to be a transgender woman like me — has long advocated love as the proper response to these times. I don’t disagree, we need more love. But I believe we need something more.

I looked to the words of Abraham Lincoln, and those of John F. Kennedy, two beloved presidents separated by a century, unpopular in office but revered and hallowed following their assassinations.

Abraham Lincoln “won the presidency in 1860 with just 39.8% of the vote and was considered so offensive by half of the polity that the country split in two because of him,” according to the Los Angeles Times.

“A house divided against itself cannot stand,” said Lincoln.

“Let us not seek the Republican answer or the Democratic answer, but the right answer. Let us not seek to fix the blame for the past. Let us accept our own responsibility for the future,” declared Kennedy, who also said:  “If we cannot now end our differences, at least we can help make the world safe for diversity.”

Kennedy defeated Richard Nixon in 1960 with a 0.17% margin of victory, the narrowest of the 20th century, according to the L.A. Times. And his popularity plummeted each year he was in office. But he is now revered, in part because of the stand he took for civil rights:

“Those who do nothing are inviting shame as well as violence… those who act boldly are recognizing right as well as reality… A great change is at hand, and our task, our obligation, is to make that revolution, that change, peaceful and constructive for all.”

I close with Lincoln, whose words are as timely today as when he first delivered his Lyceum address, in 1838. He’s commonly quoted as having said, “America will never be destroyed from the outside. If we falter and lose our freedoms, it will be because we destroyed ourselves.” But the actual quote, far darker, is below:

“If destruction be our lot we must ourselves be its author and finisher. As a nation of freemen we must live through all time or die by suicide.”

I am taking up Jenny Boylan’s challenge to love more, and to raise my voice to call for a better way forward, for my children and yours. My hope is that we “live through all time,” even this time, and together find a way to heal the rift, and end The War of 2016.