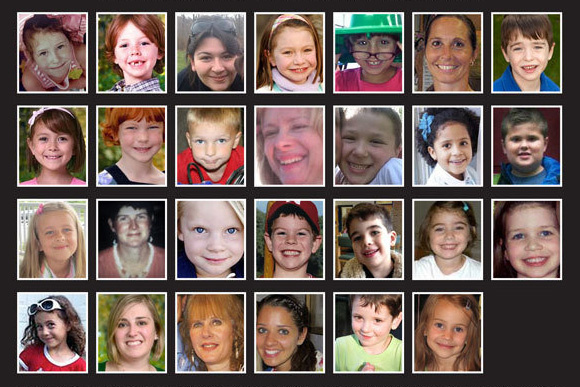 Four years ago this morning, after working all night gathering news for a major TV network, I was headed home to my family in Connecticut when I got a call asking me to divert to Newtown.

There were reports of multiple gunshots there.

My boss was candid: “You’re going to be our first eyes and ears on the ground. We are hearing, and it’s unconfirmed, there are a lot of people dead, and the worst part: many of them are children. Just get us some solid info. Be safe,” she said.

I drove into town before all the barriers and roadblocks were set, to keep curious onlookers and predatory media away from the crime scene.
I found myself on a street outside a firehouse, where eventually a couple emerged, and before I could ask the woman what had happened, her eyes locked with mine.
It was clear to me in an instant what had happened.
I saw in those grieving eyes the worst nightmare any mother could imagine. The look of someone whose entire world just ended.
I didn’t ask her a thing, not her name, not the circumstances of the tragedy still unfolding. I knew why I was there, what I was supposed to do, and what I was told to do: find out what happened and report back.
My instructions did not include making this family’s day worse. I mouthed the words, “I’m so sorry” to this mom whose eyes met mine, and let her pass.
I would work until late that night, walking all over town with a camera, interviewing witnesses, doctors, police spokesmen, and securing a live location for both the evening news and a special report, from which to broadcast live: a church that was holding a prayer service for the victims’ families and first responders.
My memory of that day is a bit like swiss cheese, with lots of holes, but I recall that I wasn’t out to everyone yet, and I remember how much I cried later that night, released from the burden of holding in the tears for so many hours.
And that wasn’t the only thing I had to hold in. Another woman working for a competitor and I went knocking on the door of a family down the road from the gunman, not to ask questions but to use their bathroom.
“At least you could pee behind a tree,” she whispered to me, as we waited for a response.
“That’s the privilege of men,” I said to her, “and that’s not who I am.” She mistook my meaning, but her message was clear when she responded.
“Well, yeah, this is more civilized and practical, and who knows, maybe they’ll even talk to us.”
Actually, no, and they wouldn’t let us use their bathroom, either. Another neighbor did, but they claimed they had no idea about the gunman, his mother, or the families of those murdered.

We thanked them for their kindness and agreed to not tell anyone else about it, for fear their bathroom would become, in their words, “Grand Central Station.”

Every TV news truck within a hundred miles converged on sleepy little Newtown that day. Reporters and field producers and network correspondents and anchors and guest bookers and camera people and truck engineers and black car drivers, dozens and dozens of them.

And several hours after the sun had set and the world had seen what we had learned, I finally got to go home and hug my own first grader, tighter than I ever had before.

I did so for every one of the parents in Sandy Hook who could not do that, and I thought of the mom I had encountered… as well as all 20 moms and 20 dads, and the families of the Sandy Hook school employees, whose world ended that day in a hail of senseless gunfire.