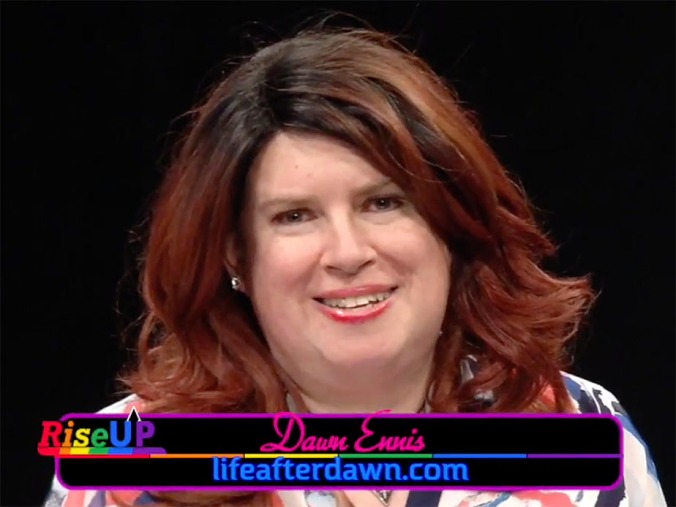 In the new episode of RiseUP, my new talk show on West Hartford Community Television and YouTube, I’m fortunate to give you a look behind the scenes of the American Civil Liberties Union.

The national organization has started an effort called People Power to challenge the Trump Administration’s efforts to ban Muslims from entering the U.S., and other attacks on Americans’ civil rights. Learn more about how to get involved here.

Among the issues the Connecticut chapter is fighting for:

Communications Director Meghan Smith filled in for executive director David J. McGuire, who was at the time of our taping testifying at the Capitol on the issue of drones.

Watch the episode below, and scroll down for more information on this month’s episode.

Also appearing in this month’s program is my latest special correspondent: Maia Monet of Orlando, Florida. She’s a writer, photographer, singer and a burgeoning YouTube celebrity. She appears with the help of our friend and ally, Dev Michaels of the band Mad Transit.

I’m also grateful to my friend, filmmaker Deana Mitchell, who shared with me a trailer of her film, Before Dawn/After Dawn, which appears in this episode to help tell my story. You’ll see clips from my YouTube series, DadMom, and a speech I gave to the B’nai B’rith Youth Organization, BBYO, following which I was inducted into the B’nai B’rith Girls organization. Thanks to budding videographer Liam Ennis for doing his best to capture this first

If you would like to know more about me, you can find the links here on lifeafterdawn.com including this overview of the key events of my transition and moment of fame, or infamy, depending on how you look at it.