“Those who cannot remember the past are condemned to repeat it.” – philosopher George Santayana, from  The Life of Reason: The Phases of Human Progress 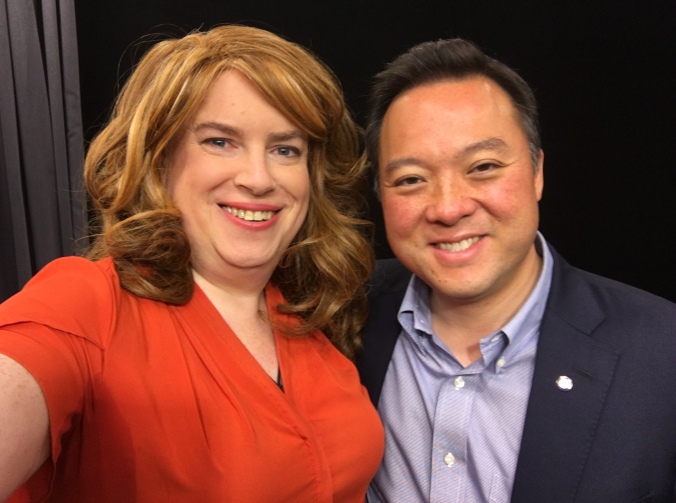 William Tong has already made history. But if Connecticut voters choose him on August 14th, he’ll be on his way to making history again.

Tong, a native of my current hometown, West Hartford, Conn. and a state representative from Stamford, is running to be Connecticut’s next Attorney General. He has already won the endorsement of the state Democratic party and of fellow Democrats here in his original hometown of West Hartford, including our prior guest and his former competitor, assistant attorney general Clare Kindall. Other famous names on Tong’s bandwagon include Sen. Ted Kennedy, Jr., the United Auto Workers and the Working Families party. 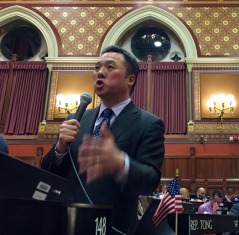 Those endorsements are significant because Tong is the first Asian-American in state history to win that level of crucial political support. He was already the first Asian-American elected to the state House of Representatives, and if he wins the upcoming primary and the general election in November, will be the first constitutional officer in the history of Connecticut of Asian heritage.

Who is Tong? His biography reveals he studied under Barack Obama before he became president, and he is the son of immigrant parents:

“The Tongs owned a Chinese restaurant where William worked alongside his parents before going to Brown University and then the University of Chicago Law School where he was taught by then-Professor Barack Obama. He is currently a lawyer at Finn, Dixon & Herling LLP, one of Connecticut’s leading law firms where he practiced law for 14 years… William lives with his wife, Elizabeth, their three children and many pets in Stamford. Elizabeth is Vice President of Tax for North America for the Diageo Corporation.” 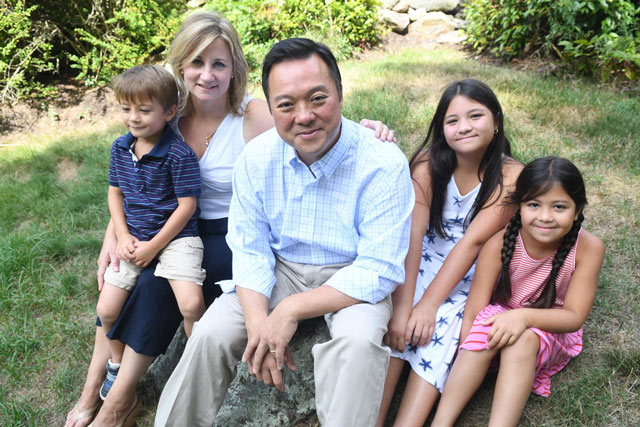 Tong and I sat down this week for a wide-ranging interview on RiseUp With Dawn Ennis, the talk show I’ve been hosting on WHC-TV and YouTube for about a year and a half. We discussed immigration, politics, President Trump, civil rights, the second amendment and 3D printed guns as well as Republican candidates’ calls to abolish the state income tax.

Who else is running to succeed Democrat George Jepsen? It’s a crowded field. His Democratic primary opponents are:

And on the Republican side:

Hatfield, like Mattei, has experience as a prosecutor, a job Tong claims is not relevant to the post they are all seeking, since the A.G. doesn’t deal with criminal law so much as civil law. Hatfield won the Republican party’s endorsement.

The primary is August 14th, the general election is November 6th, and the online deadline to register to vote in Connecticut is August 9th, but you can register in person right up until and including August 14th. Details on how to do that are right here.

If you’re interested in learning more about 3D printed guns, the Washington Post and USA Today each have a good overview here. After we recorded this episode, a federal judge on Tuesday, July 31st blocked a Texas man from uploading blueprints for such weapons to the internet.

The issue of transgender rights remains contentious across America. The ACLU outlines how that battle was won in Connecticut, but for those who live elsewhere, being trans can be a fireable offense, a reason to be evicted, and too often makes people a target for violence. See how your state stacks up by clicking here for a look at the Equality Maps from the Movement Advancement Project.

Later this fall, I’ll share more details about the reality show taped in West Hartford last month, that connected my family with the Connecticut Humane Society. With the help of producers from The CW we adopted a 7-month-old Labrador/Retriever possibly German Shepherd mix who we have named Dahlia. 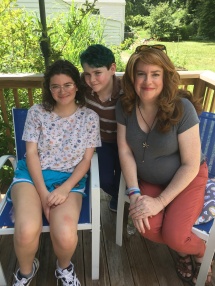 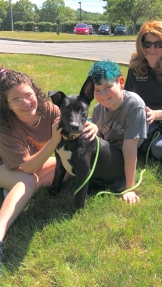 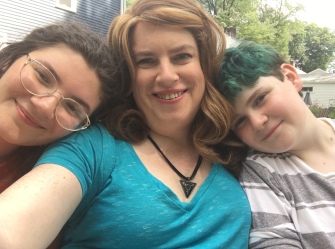 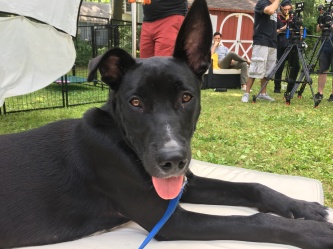 Finally: August is typically a “hiatus” month for West Hartford Community Television, so I am very grateful to WHC-TV Executive Director Jennifer Evans for making an exception for this election-focused timely episode! See y’all in September with a new episode of RiseUP With Dawn Ennis.