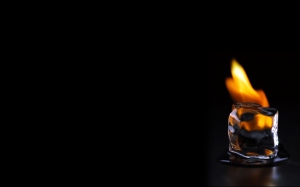 There is this person I know.

We’ve known each other for many years, and we have quite a few friends in common in the TV News business, where she got her start before moving on to publishing. A few years ago, she was the first person to whom I pitched an idea for a memoir about the changes that have come about in my life. I sent her an email but I didn’t get a reply; no call, nothing… So I moved on.

I hired an agent and we put together what’s called a proposal.  By the fall of 2012, there was genuine buzz about my story and this person I know heard through the grapevine that I was about to make a pitch. She finally replied to my year-old email and asked me to send it to her first. I was gung-ho but my agents balked, telling me horror stories about every project this person touched. I was torn but they were adamant, so we didn’t include her when we sent out the proposal — each with a confidentiality agreement.

In that early form, the book admittedly needed work, and so we went back to the drawing board. I hired a publishing pro to help me address some of the feedback we’d received. And life went on…

I transitioned in May 2013, and just a few days later, a tabloid newspaper printed a full-page story about my coming out. The reporter (who also used to work in TV) copied and pasted much of her “reporting” from my facebook post, but then shocked everyone including me by citing details that could only have been taken straight from my book proposal. By revealing very private information that was privy only to those who received the proposal, this reporter totally undercut my efforts to tell my own story.

As I waited for all the attention to die down, the newspaper kept after me, sending reporters to grill my neighbors, my relatives and even to ambush my wife and children in hopes of digging up more dirt; although I deleted hundreds of my children’s pictures, almost any photograph or status update that my wife or I had posted in social media found a home in the paper’s pages and dozens of tabloids around the world. And this same tabloid reporter kept publishing articles about me.

So, when my agents sent a revised proposal to 40 publishing houses earlier this year, we took extra steps to avoid a repeat of the leak. It didn’t matter; our worst nightmare came true once again when this reporter somehow obtained a copy of the latest proposal, and again printed details that made most of the publishers say, “no thanks, the story’s already been told.”

My agents had suspected my old friend was the reporter’s source all along, but I refused to accuse her, given I had no proof. However, this time, the agents confronted her publisher directly, and to our surprise, they confirmed our suspicions: my old friend admitted she leaked my proposal to that tabloid reporter, twice, out of spite.

I was crushed, but I felt the damage had been done. I am not a spiteful person and I would prefer to be bigger than her and just move on.

But as most of you know, just a few months later, my circumstances have changed. As I think I’ve made clear, I’m now beyond desperate.

Today at the Port Authority Bus Terminal in New York City, as I waited hours for a ride home to see my children, I spent my last $1.50 to buy myself a bagel, so I could have something to eat for the first time since Tuesday. It was the least expensive thing I could find, and yes, I know it’s hardly the healthiest option. Although relations are strained between us, my wife bought me that bus ticket because our kids missed me, but not before reminding me we don’t have enough money to pay both our mortgage and my rent next month; soon, I’m going to have to give up my apartment, and that will mean in just a few weeks I will not only be unemployed but I will be homeless, too.

I’ve applied for unemployment, welfare and disability but I won’t see any money until next month — and although it’s a fraction of what I used to earn, I can’t in good conscience keep it for myself. That money is to help feed my family; they need it far more than I do, because they’ve given up so much already. Tomorrow, we tell our daughter we can’t afford to send her to summer camp this year, something I vowed she would do, even though I lost my job. I’m still learning that I cannot make things happen just by wishing them to be true.

I’m not telling you all this to evoke pity or ask for your help. As I have blogged this week, I did this to myself by being shortsighted, selfish, and believing assurances my book would be a huge hit and fix all my problems. No one else is to blame for that. Just me.

When I lost my job, I thought I would quickly get another one to at least help me start to fix these issues — but it’s July. Nobody’s hiring, and those who are, want nothing to do with me; despite 30 years of experience, excellent references and awards, all that publicity has made me “radioactive.” Like many of you, I’m very well connected. But whereas Don Ennis could make a call and find a gig within days, the truth is Dawn Ennis rarely gets a return call or email. Thank goodness for my true friends who have continued to send me leads; I’ve followed up on each and every one.

So I decided today that I would make a phone call that I’ve avoided. I dialed my old friend’s number for the first time in years, and sent her an email, because I believe, rightly or wrongly, that she owes me something. And what I want… is a job.

Any job; I’m not picky. All I need is a start, and a chance to earn some decent money to support my family. This is not extortion, and not a threat. But I promise I’m not going to remain silent either.

I’ve made sure people who know my friend are aware of my plea, and I am still awaiting her reply. I have told anyone who asks what she admits to doing. What’s the point in keeping it a secret?

It didn’t have to be this way. But my friend’s bosses told my agents she was so miffed at not being sent my confidential proposal, she decided to ruin my chances of seeing it published. Twice.

And now I’ve decided she should make that up to me. All she needs to do is get me a job. Someone in her position should be able to swing that easily.

One thought on “Karma Calling”